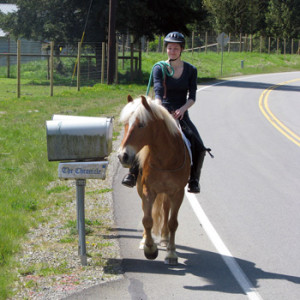 Tack shopping is fun, but you don’t always have time to check around to all your favorite sites and products to see what’s on sale and what coupons are available. That’s why you should sign up for our weekly newsletter. Receive an alert when we stock new products, when your favorite products are on sale, and get a reminder when we post a new tack giveaway! You’ll also get exclusive promo codes for when you place your next order.

Signing up is easy–just fill out the form here. 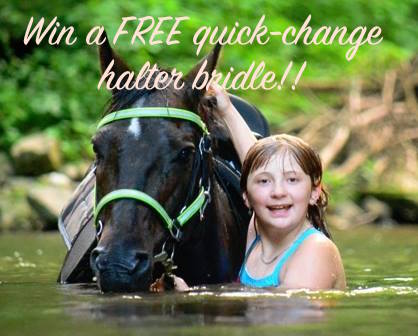 It’s time for another tack giveaway, and just in time for the end of summer, we’re giving away a quick-change halter bridle!

The quick-change style allows you to go from trailer to trail in just a few seconds. It’s also kind of a three-in-one because you get a halter, Western headstall, and English bridle all in one. The version we’re giving away also comes with reflective Day-Glo to keep you and your horse visible and safe even in low light–important as the days get shorter.

The bridles with reflective overlays are just as durable and waterproof as our plain beta biothane pieces, and won’t fade or crack after exposure to sun, rain, or sweat.

The winner of our giveaway will get to choose the size of the bridle that works for their horse in a range from mini to draft. Like all our pieces, we can customize the size for tough-to-fit horses. See our sizing guide here.

Enter the contest here. Even if you don’t win, you’ll get $5 off your next order.

More from the choosy champion Magic

We posted a few months back about Magic, top obedience show dog, who uses our Two Horse Tack dog collars and leashes in his training. We were happy to recently get a photo of her modeling our equipment with pride, along with a note from her person, Pat: 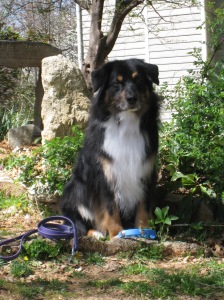 Magic is seven years old, and my second Australian Shepherd teammate for AKC, UKC, and the Australian Shepherd Club of America (ASCA) Obedience and Rally.   She is also my teaching partner for many rookie Obedience and Rally classes.  She has her own opinion of how things should be, which occasionally puts us at loggerheads in the ring, and I can never quite know if Dr. Jekyll, or Ms. Hyde, will appear when her leash is removed on the start line!
For all the times she frustrates me, she equally makes me laugh at how serious I take competitive dog sports – after all, she’s a dog, not a toaster!  So far, she and I have earned 37 separate titles in competition – seven of which she was the first dog ever to earn.  She’s earned three separate Invitations for the yearly ASCA National Obedience Finals in Open Obedience, actually claiming the National Championship at Bryan, TX in 2013.
The lovely trophy included a beautiful hand-tooled leather leash, complete with Texas Stars….but unfortunately, I have  a contact allergy to leather.  When I saw the photos on line of a collar for a smaller dog featuring Texas Stars, I ordered one for Magic, in lovely Texas bluebonnet blue – to commemorate her National Championship.  As she has the typically full Aussie coat, you’d never see the collar (she’s wearing her purple collar that matches the 4ft leash in the picture).  Magic swims in both collars, works livestock in these collars, prances about the neighborhood in these collars, and because they are both beautiful and durable, they are the collars we have chosen to bear her ID tags when traveling across country for shows, or family trips.”
We’re so glad we can help such an accomplished pair stay in training!
Love Magic’s gear? Get your dog his or her own set here.